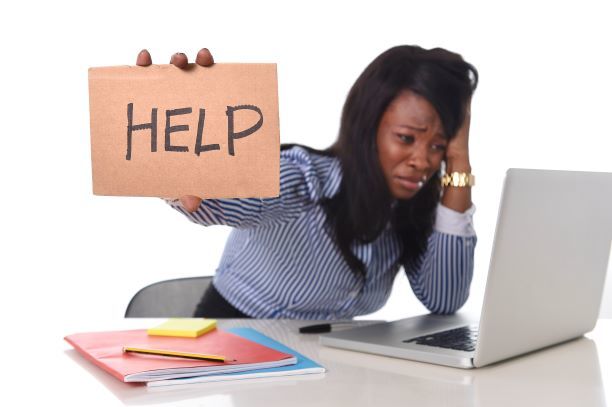 Being listed on the consumer complaint website Ripoffreport.com can be detrimental to any business. The site ranks high on major search engines for any given brand or company mentioned, usually showing up in the top three positions on Google, and sometimes even ahead of a brand’s official website.

The title of the listing in the search engine results page will often include the phrase “Rip Off” or “Ripped Off,” both of which garner a lot of attention. Once a person visits the site, they will most likely find a report from an unhappy client/customer. The problem is that the report may or may not be accurate, or the issue may have been resolved after the date of publication, but the negative report still appears online.

How We can Help

We offer SEO Push down (aka Suppression) services. The primary way to do this is to setup several company- or brand-related social profiles, websites and/or blogs and make them rank for the keyword you are trying to target. The strategy may involve creating hundreds of social media profiles and even some videos. Top social media sites such as Facebook, Twitter and Youtube often rank high for a company name due to their prominence. However, additional link building may be necessary to give these positive pages a higher ranking than Ripoffreport.com. A lot of content writing and article writing will be necessary as well.

Although in theory this task sounds easy, in reality it is a lot of work. Ripoff Report Removal is not easy. Our service will include social profile creation on the top 300 social media sites. In addition, we provide content writing services for the newly created websites and blogs. Also, Link building has to be done for a minimum of 10-20 websites, blogs, and social profiles in order to rank those pages higher than a Rip Off Report.

Note that it is now possible to get false RipoffReport listings completely removed from Ripoff Report. This is done legally with a court order. Read this article by our CEO for more details –> Ripoff Report to Revise Removal Policy. This service is offered by some attorneys, but be prepared to spend at minimum $20K USD and the  removal is not 100% guaranteed as usually Ripoff Report declines any court orders. After that you can submit the court order to Google, but Google has been also known to decline many court orders because there has been a lot of fraud going on.

Background and History of Ripoff Report

Ripoffreport.com has been in business since 1998. The owner of the website is Ed Magedson.

There have been numerous websites posting details about Ed Magedson and his background, such as: http://www.ezripofflawsuit.com/. It has been reported that Ed Magedson is a fugitive, has been in jail, and that most companies trying to serve him legal documents have been unable to locate him. One of our clients at Submit Express was even offering a reward for anyone who would disclose the whereabouts of Ed Magedson, so they could serve him. Some people have also reported that Ripoff Report may be posting fake reports so it can extort money from the website owners.

Although we do not claim to know the accuracy of the reported information, we do have some first-hand knowledge dealing with Mr. Magedson and we have also heard from numerous clients that have dealt with him.

If you ever try to contact Repoffreport.com, you will find that there is no phone number, or address, on the website. The only way to contact the company is via email. A few years ago a company hired Submit Express to help them remove the negative listings on Ripoff Report. Our client claimed the info on ripoffreport.com was 100 percent false and they thought an ex-employee who was not happy about losing his job had posted it.

Our first thought was to try and contact the owners of Ripoff Report to see if anything could be done. After sending a message to the email address provided on the site to explain the situation, Mr. Magedson replied by asking us to provide a phone number where he could call us and asking if he could call collect. We replied that his request was no problem, and our CEO, Pierre Zarokian, received a call from him. When asked about it, Pierre says: “I explained the situation with our client to Ed Magedson, and he replied that while he could not remove the listing, he would be willing to give our client a chance to respond to the report on the bottom of the Ripoff article if he paid $20,000. When I asked if he could ensure the page would not show up in Google by placing NOINDEX tags on it, he said that he could not do so, but that he would make sure to ‘burry the article within the website!’. I felt this was extortion, and with no guarantees of the site being removed from Google I recommended our client to not pay Mr. Magedson.”

The bottom line was that our client preferred to pay Submit Express half that amount to lower the rankings of the negative listing in Google. Submit Express accomplished this.

Many people have tried unsuccessfully to sue Ripoff Report. Those who were able to serve Mr. Magdeson eventually either had their cases thrown out or, if they won, were not able to collect any damages. EZripoffreport.com says: “Some companies managed to sue the ripoffreport federally and won, but Ed Magedson moves all the time, never removed the defamation, his servers are in China (!) and because he has no assets, he never paid up!”

Because Ripoff Report is considered a website where anyone can post a report, its owners are generally immune from liability for user-generated content. For this reason, many cases against Ripoffreport.com are lost.

Contact us for more details 0n our removal services.

Our president, Pierre Zarokian, is an expert on reputation management. He has spoken on the subject numerous times at different conferences such as Webmaster World, Affiliate Convention and Monitoring Social Media. You could read one of his presentations about reputation management here.

For more details or to engage in this service, please contact us.