Google’s stock surpassed $800 on February 19, breaking the record as the first technology company to reach and top that amount, the Los Angeles Times reported. According to the article, analysts say the impressive milestone was possible through the leadership of Larry Page, Google’s co-founder who took back his position about two years ago. 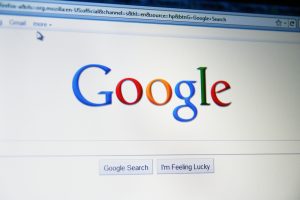 Over the last two years, Google has been venturing into new territory, enabling the tech giant to work on projects that will result in selling more ads. Google is also developing incredibly fast Internet in Kansas City, and perfecting its invention Google Glass, a smartphone-like device in the form of sleek eyeglasses.

Another reason why investors are confident in Google right now is because Page has taken care of the many issues that affected Google stock in the past, such as the federal government antitrust lawsuit and the change during the Motorola Mobility acquisition, the Los Angeles Times reported.

However, as the article suggests, it doesn’t mean Google is free of major challenges. The tech giant will have to overcome many obstacles to stay around $800, including successfully increasing the amount that advertisers pay for ads on mobile devices. Just last June, Google stock plummeted to a 12-month low of $559.05.