The world of reputation management is one that isn’t well-defined, and Yelp is one of the primary platforms that businesses are concerned with. Bad Yelp reviews, according to Harvard, have real impact on how consumers perceive a business. Pierre Zarokian, a veteran in the realm of search marketing and the CEO of Submit Express and Reputation Stars, has firsthand experience dealing with businesses on the receiving end of bad Yelp reviews. 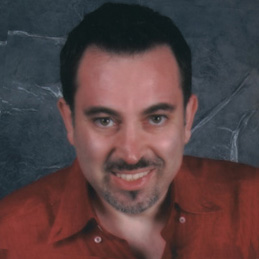 Yelp has something of a stranglehold on the review industry, and it’s the first place many users check when they are searching for local businesses. Even skipping Google in some cases. As a result, Yelp has enormous power over perception and reputation. Pierre has helped hundreds of businesses increase positive Yelp reviews, and he will be sharing some of his insight (and a few secrets) to the Las Vegas convention.

The session will take place on Tuesday, October 6th from 3:55 to 5 PM in Salon G. Herman Tumurcuoglu will join Pierre on stage in a round table discussion that will also explore reputation management in the broader sense.

Interested in boosting your reputation? Get started with coupon code: rc-1943915 and get gold or platinum access at a discounted rate! Go to Pubcon.com to register.